How does the Afrikaander district in the city Rotterdam sound? How does the market place in the centre of the district sound? As a gathering place of all kinds of nationalities, products, ideas, talents, local politics, etc. The surrounding sounds have an important connective quality: they are part of and contribute to the district identity, the experienced multi sensory ambiances, the (sonic) image for the outside world and the “hearing-together” by means of belonging together, (in Dutch: samen-horen): being connected by language, food, activities, sounds, etc. The Afrikaander district is a colorful, lively district but with lots of people with low income and unemployed with all kinds of nationalities.

As part of the “Freehouse”-project of artist Jeanne van Heeswijk I realized the project “Afreesounds”, by creating a soundmap (best to listen with headphones) of the multi cultural Afrikaander district and making audible: the talents and activities of the (un)employed in the district atelier, -shop and -kitchen of Freehouse and workers around the marketplace, interviewing inhabitants about the changing surrounding sounds in the Afrikaander district.

For example I had conversations about the (emotional) impact and consequences of the sounds of the demolition of old houses, resulting the disappearing of whole street blocks, creating empty spaces, holes in the district while leaving the inhabitants with uncertainty when the building reconstruction would start again. This as a result of the economic crisis and the mismanagement of a building association. Old people and other inhabitants have to move to temporary accommodations including the old brown café on the corner of the street favorite to the former harbour workers. 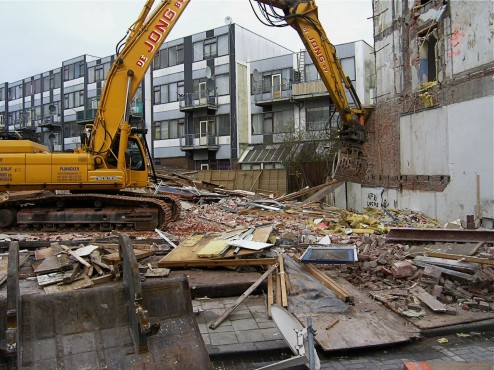 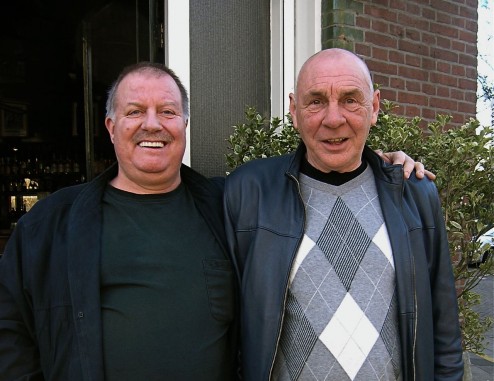 I did some sonic interventions in the public park/space during a Freehouse activity: yoga in the park, in cooperation with the teacher.  Presenting a soundscape of “quiet” places of the Afrikaanderwijk including sounds of the park, the animal shop, local store, library, the metro, and the yoga activity it self, etc. All sounds that also could be found on the soundmap as well. The soundscape aimed to surprise and to become more aware of the surrounding sounds during the yoga lesson. It triggered reactions of the participants and talking about sounds and soundscapes after the yoga.

listen on the sound map:    sonic intervention during yoga lesson 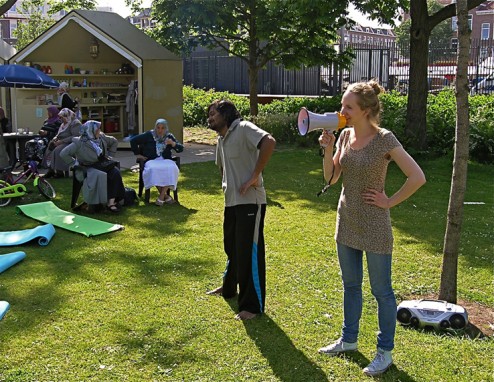 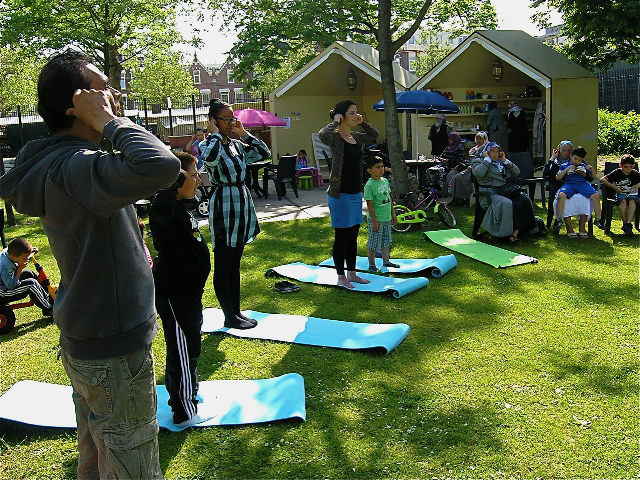 I did  artistic research to the sounds of the market place changing during the day, week and interviewed market workers about their use of sounds, music and their voices to increase the selling of their products. I talked with them about the the changing surrounding sounds of the market place during the day and years.. and was asking about their “hearing perspective”. This included the political and economical aspects, the annoying and some conflicts caused by the crisis.

There was a need for more positive sounds on the market, a positive sound perspective. In cocreation with the market workers, man and women, the market visitors, young and old I’ve created “positive market messages” to welcome the visitors in the morning and during the day, with people telling what they like about the Afrikaander market.  These “positive market messages” were presented as a sonic interventions with the use of the central market speaker system in cooperation with the  market city guards.

listen to “positive market messages” : in the  morning  and  afternoon

with thanks to Jeanne van Heeswijk, the Freehouse team and all participants