part of the “Smaak van Laak / Taste of Laak” community art project  of the Laak theater, The Hague. 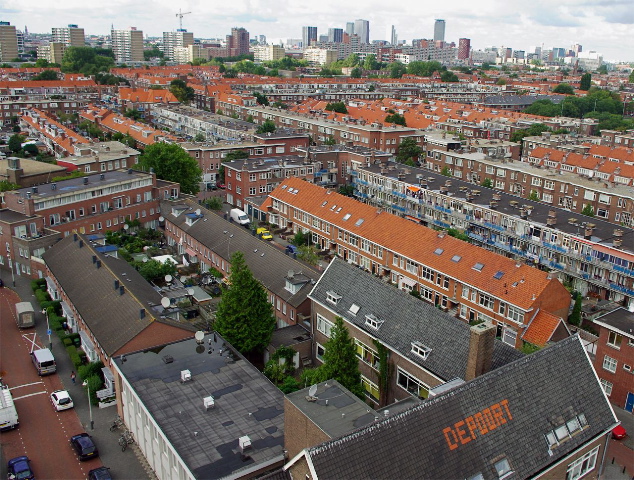 How does the home, the street, the city sounds in Spoorwijk, Laak district ? Which sounds and soundscapes belong here? Do the inhabitants  live in (dis)harmony with their surrounding sounds, their sound habitat?  How are the sounds in Sporenburg reflected by the architecture? Inside and outside? What is the sound taste of Laak ? 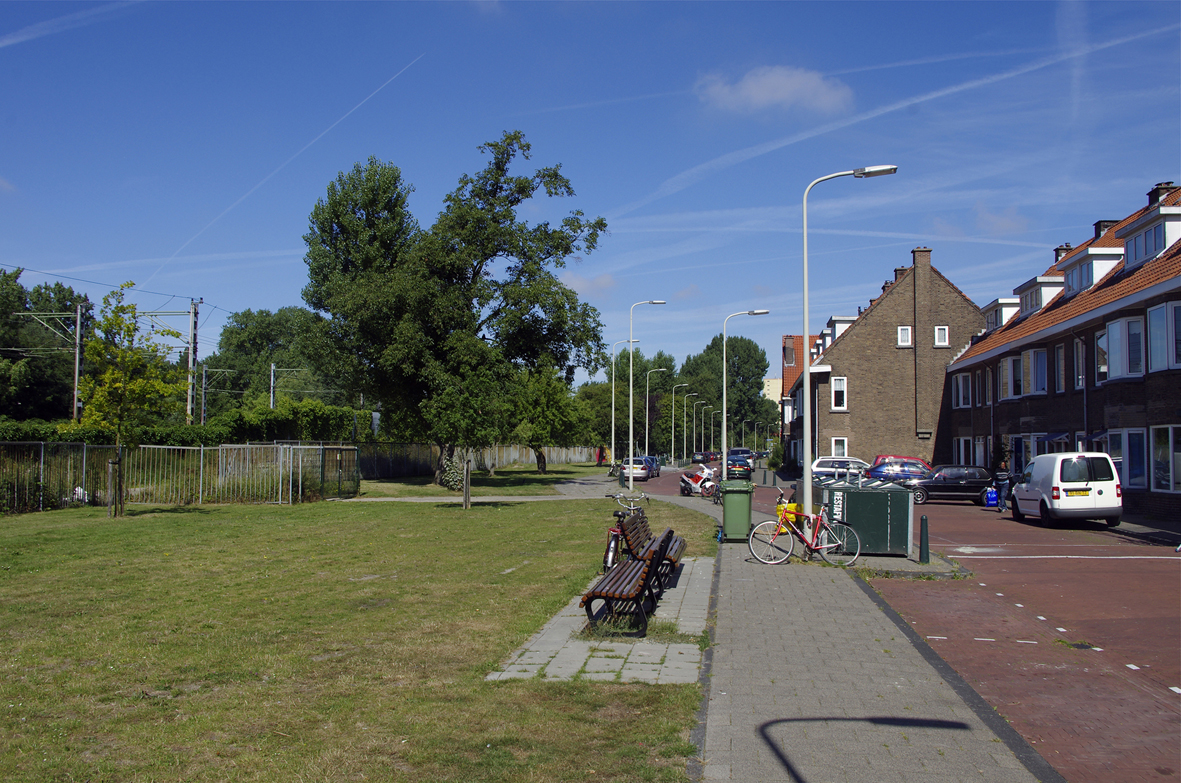 Like the paintings of Mondrian with primary colours and straight lines (and non-colours black and white) did not stop in the context of his atelier but corresponding  his ideas about neoplasticism remained projected in the street, the architecture of the buildings and in the use of spaces in the city; The sounds and soundscapes in peoples home also doesn’t stop at there front door; they become part of the streets, connecting the city district with its inhabitants and creating a identity of place. Like Mondrian: the inhabitants as individuals could become aware of the (dis)harmony and (dis)connection with their visual environment and in the end feeling (re)connected to each other; the inhabitants of Spoorwijk can become more aware of being part of their sound habitat and feeling more connected to their community?  By presenting the tactile sonic installation  “bouw buis basis unit”  in a playful way…

Translating this into a sound ecological approach I did research on the sounds and soundscapes of the homes, streets and city, including the silence and noises, by creating a sound map for the district (with binaural recordings)  of  Spoorwijk, Laak.   You can listen to the sound map here . 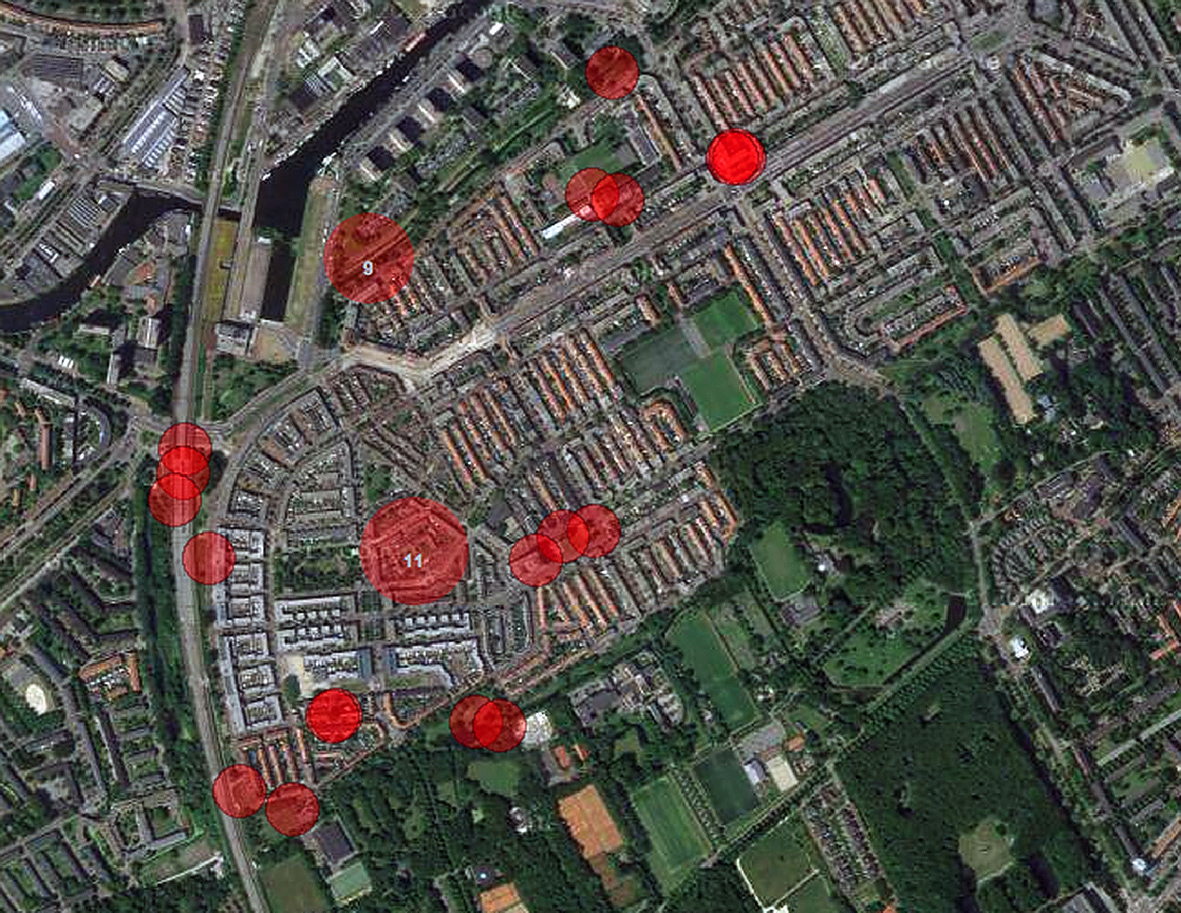 I talked with the inhabitants of Spoorwijk about the sounds in their home, street and city part, collecting their stories and ideas about the soundscapes and feeling at home in their sound habitat.  During this meetings I made pictures and portraits of them in their living environment.  listen here  (Dutch spoken) 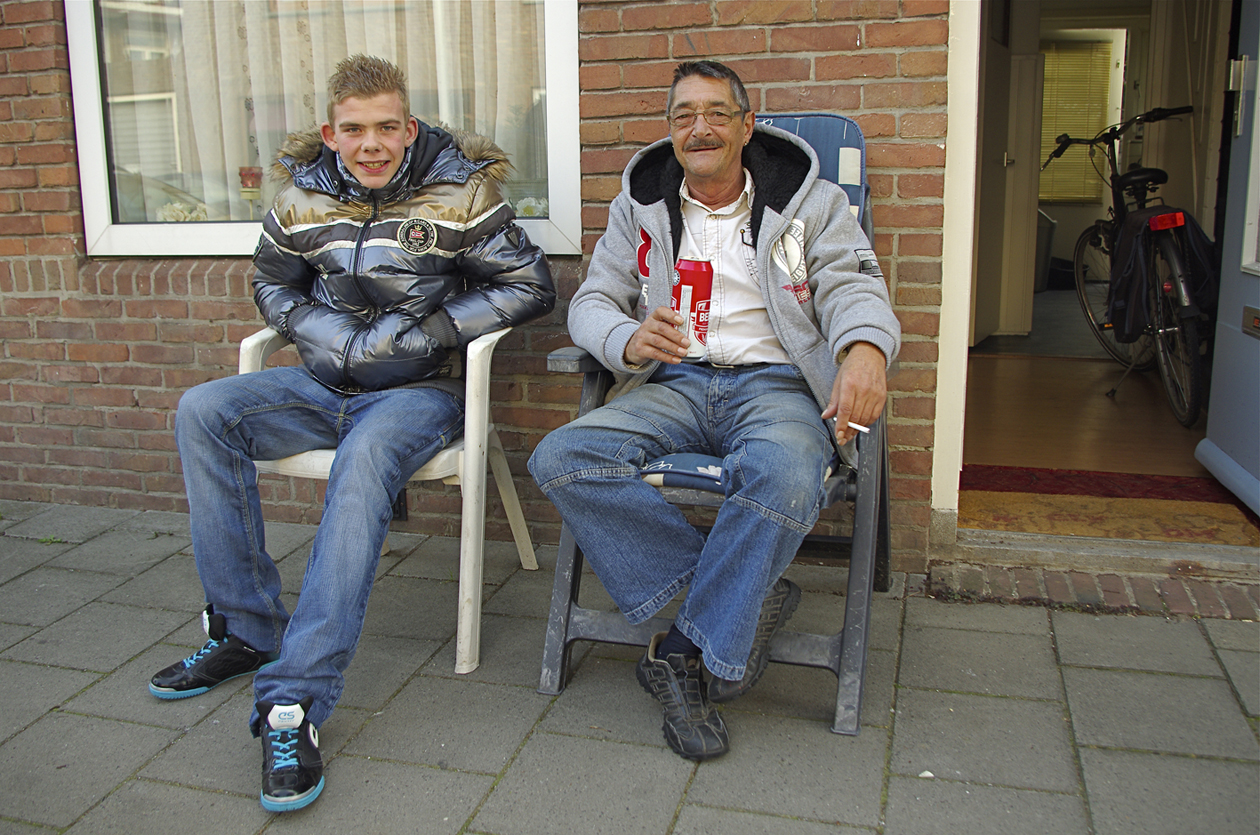 Jan en Stefano like to sit outside in front of their home with the door open to listen to their favourite music just like the other neighbours in the Koetsveldstreet. “All nice and friendly people among each other, that’s normal in old Spoorwijk”. Jan likes to listen to Radio Dutch Music.  Stefano more likes rap music but for Stefano that’s too fast… 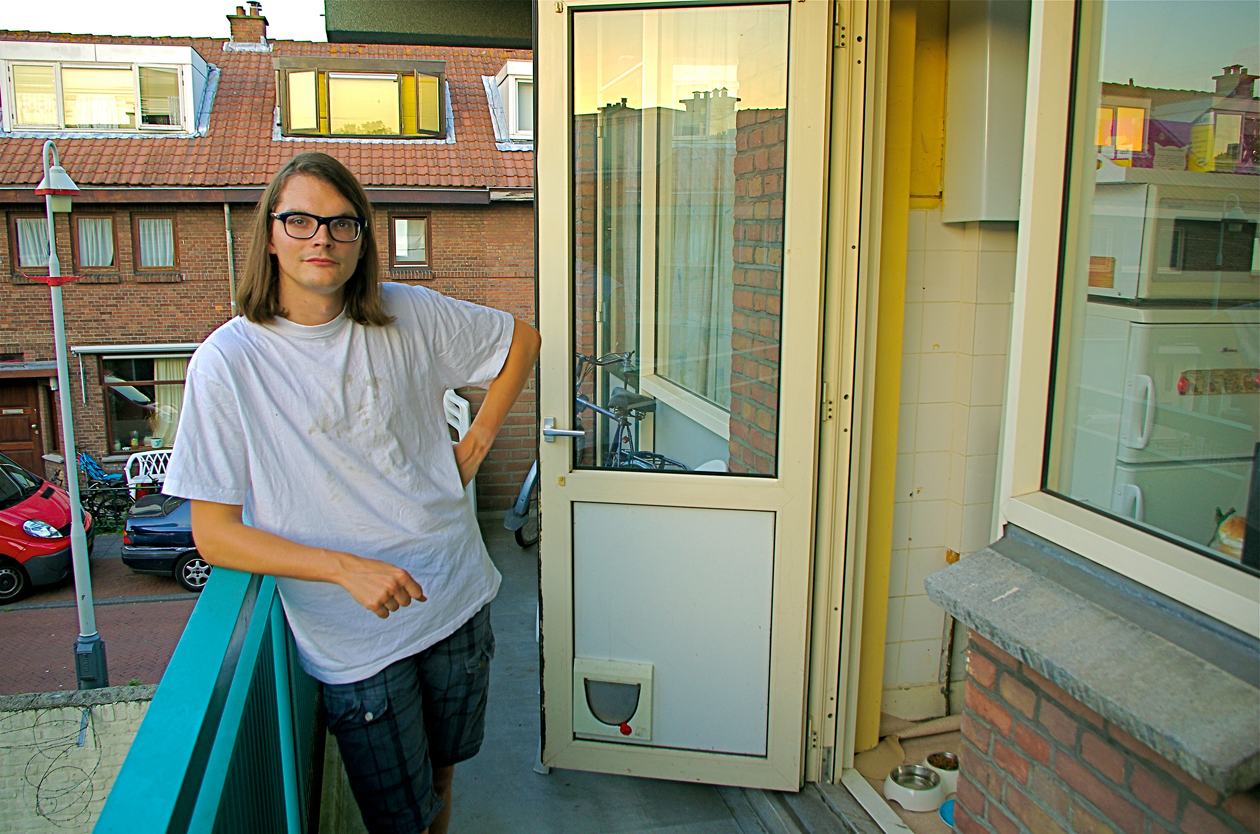 How does theater maker Yuri listen to his surroundings, his street?  He lives in the Capadosestreet.  How sounds his home from the front door to the backyard on a summers evening during a barbecue?  Does the sounds of voices inspire him? 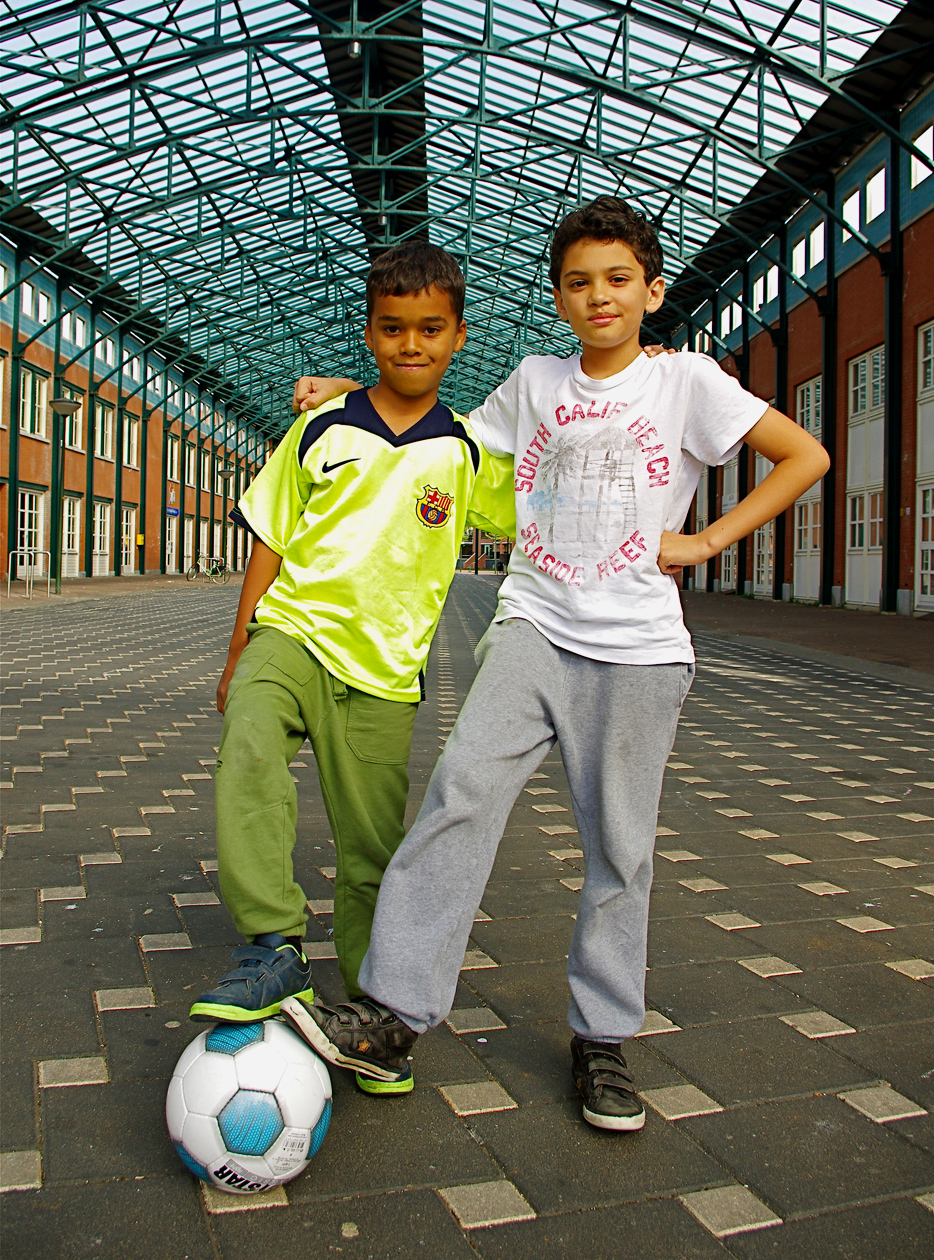 Karim and Jason are real friends and often playing football in the roofed part of the Thijssestreet. How does this sounds? Are they aware of the sounds in this surrounding? And … how sounds the iron bell of the man who is selling ice cream with “smurf” taste? 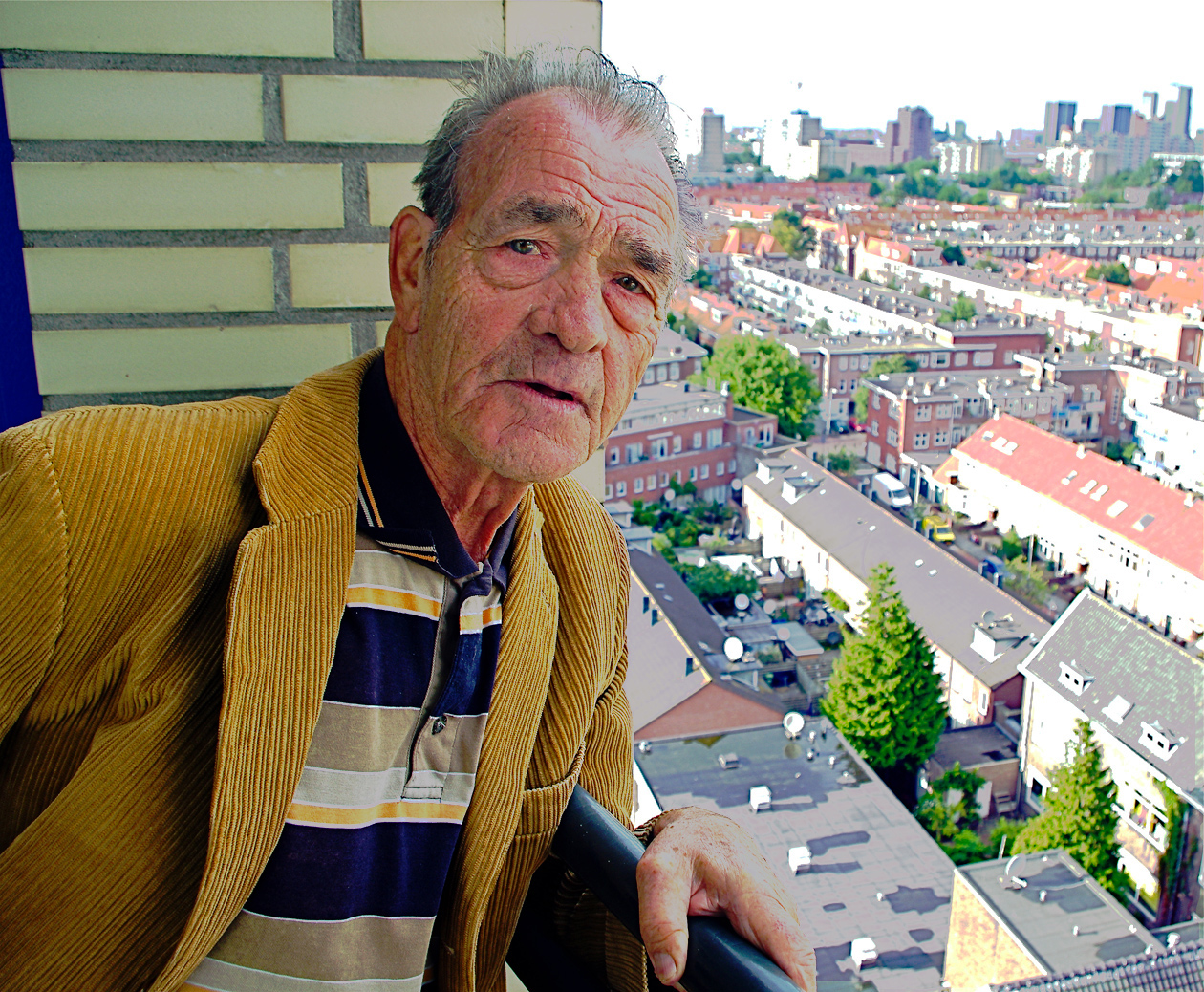 Mr van Rijt is the “highest inhabitant of Spoorwijk”. He lives on 11th floor of the appartment building on the Ledeganck square.  How does his home, the street and the district sounds on this height ? What is his hearing perspective ? Taking the elevator, visiting his appartment and listening together from his balcony. Mr. van Rijt isn’t at all afraid of heights.

At the end of the project the sounds, soundscapes and sound stories of the home, the street and the city were presented by the interactive tactile sound sculpture installation: “bouw buis basis unit” (building tube basic unit) in the Laak theater. The public could hear and feel the resonating sound stories and soundscapes of their Spoorwijk district when listening and touching the primary coloured red, (pale) blue and yellow woollen sound sculpture and  connecting tubes when bulding different listening spots in the theater spaces inside and outside. (becoming a sound intervention for direct neighbours).  By using tubes of different length and thickness they could (re)place and transport the sounds in the space(s) and change the tone colours of the resonating soundscapes. In a playful  way  together creating a new  “multi sensorial hearing perspective” by connecting the tubes and changing the soundscapes, creating new listening spots, building together, discussing the the sounds and sound stories. Becoming more aware of being connected and part of their own sound habitat.  You can listen to an impression in the Laaktheater on the soundmap. 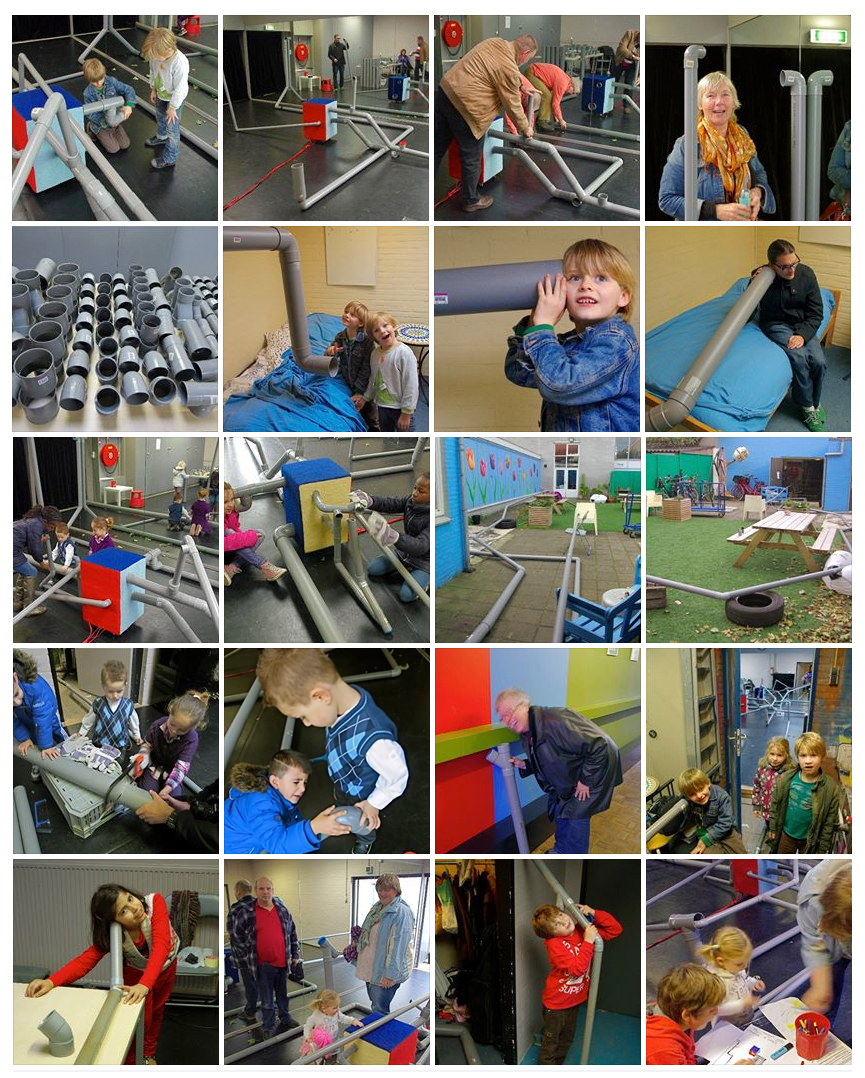 The (Geluids) Smaak van Laak is published in a small booklet: KLANK  a different sound from Laak, The Hague.  You can read it here  (in Dutch) 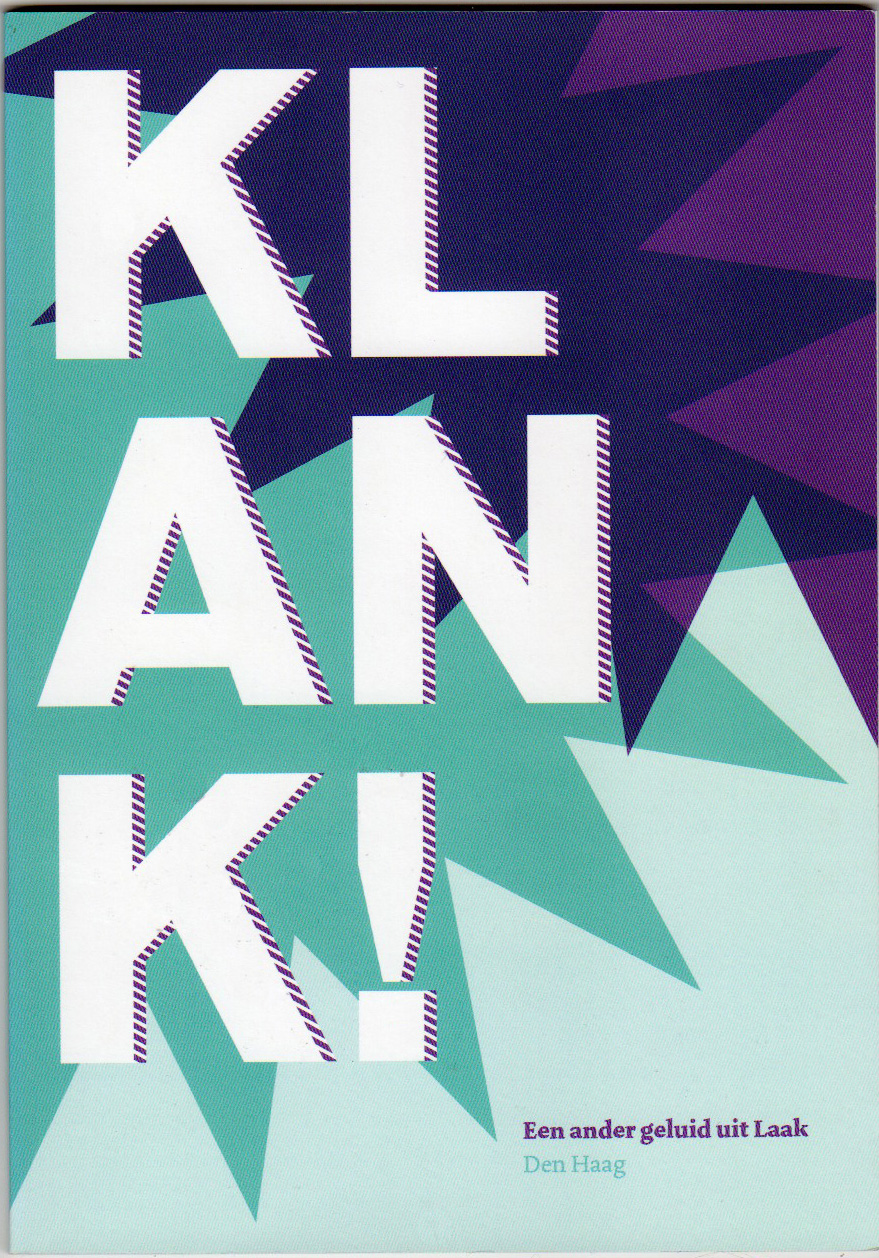 In  2014  presentation (Geluids)Smaak van Laak in Kunstmuseum The Hague  during a special night for the inhabitants of  Laak district:

Go to the page with  pictures of the presentation in the Artmuseum The Hague.

With interactive sound map projected with a beamer, portrait photographs of the inhabitants of Spoorwijk with their stories on headphones and interactive “bouw buis basis unit” – installation with new multi channel soundscapes including sounds of the P. Mondrian exhibition space mixed with the sounds and stories of Laak. The presentation was just beside the exhibition of the Stijl  and  Piet Mondrian,   the home,  the street and the city.