2002    The “red woollen sound blanket connections” become part of the (sound) architecture; like shortcuts in the corners of the space outside or inside they are producing sounds of pumps, heartbeats and voices. Sounds are reflected by the walls and spread out in the space  (of the other). Presented as a temporarily “tactile sonic intervention” in the brick walled city surroundings or inside a (semi) public space, bringing some woollen touch sound in the streets where we live and work: connecting sounds, the soundscapes and people, the inhabitants of a neigbourhood; reflecting idea’s of John Cage about silence and noise, of Robert Morris about his notes on minimal sculpture, about sound architecture, etc.

Later I have extended the installation with the “movable sound blanket objects”:    “soundbridge” (more)  and   “soundtrack” 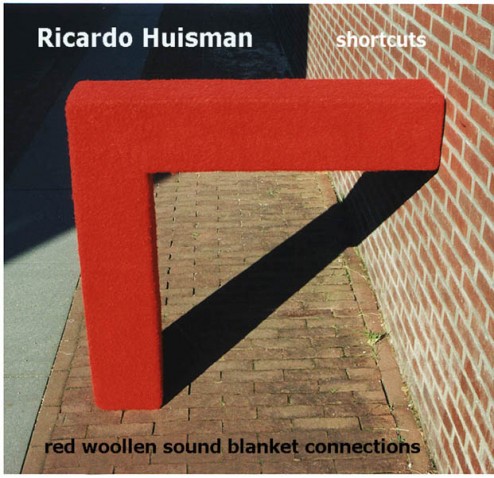 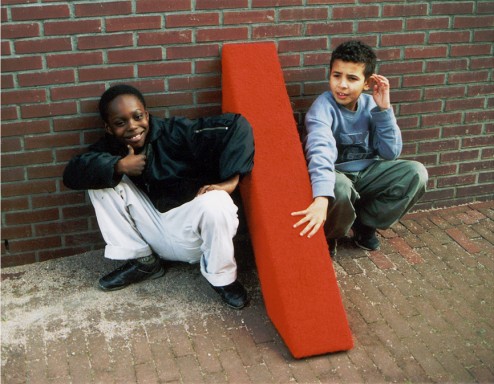 The sound blanket connections can be placed in several spaces to give the idea that the sound is moving from one space to the other space; like red woollen vanes they are pumping the sounds through the building. By walking around the sound blanket objects and moving through the spaces, by seeing, hearing and touching the woollen objects the public can experience a continues changing sensorial sound perspective. The soundscape compositions are looped in different time lengths. 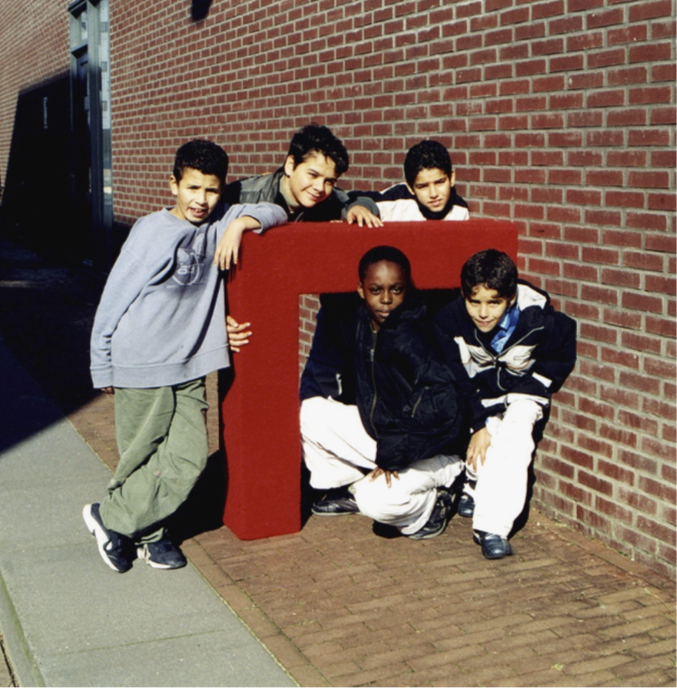 “shortcut 1”  with boys from the neighbourhood 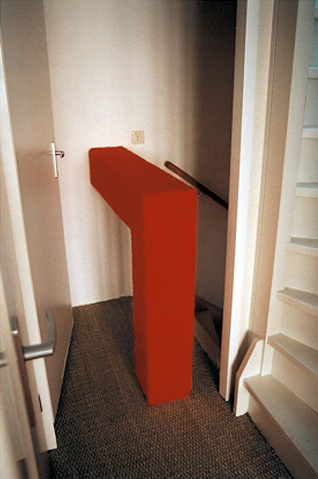 “shortcut 1”, soundscapes reflected in the corridor

The “red woollen sound blanket connections” – installation is presented  in: