Presentation  of  the interactive tactile sonic  “bouw buis basis unit” – installation with a multi channel soundscapes of “the home, the street, the city” (inspired by the essay of Piet Mondrian, 1926)  during a special night for the inhabitants of Laak district.  The soundscape include sounds of the P. Mondrian exhibition space  mixed with the soundscapes and sound stories of people living in Spoorwijk, Laak district  about  their sound habitat.

Interactive sound map projected with a beamer with headphones to listen to the sounds, soundscapes of Spoorwijk, Laak district. The public was able to zoom in on the sounds of the streets, the district.           Listen here

Portrait photographs of the inhabitants of Spoorwijk and headphones to listen to their about the sounds in their home, street and district.    Listen here  (Dutch spoken)

The presentation was just beside the exhibition of the Stijl and Piet Mondrian, the home, the street,  the city. 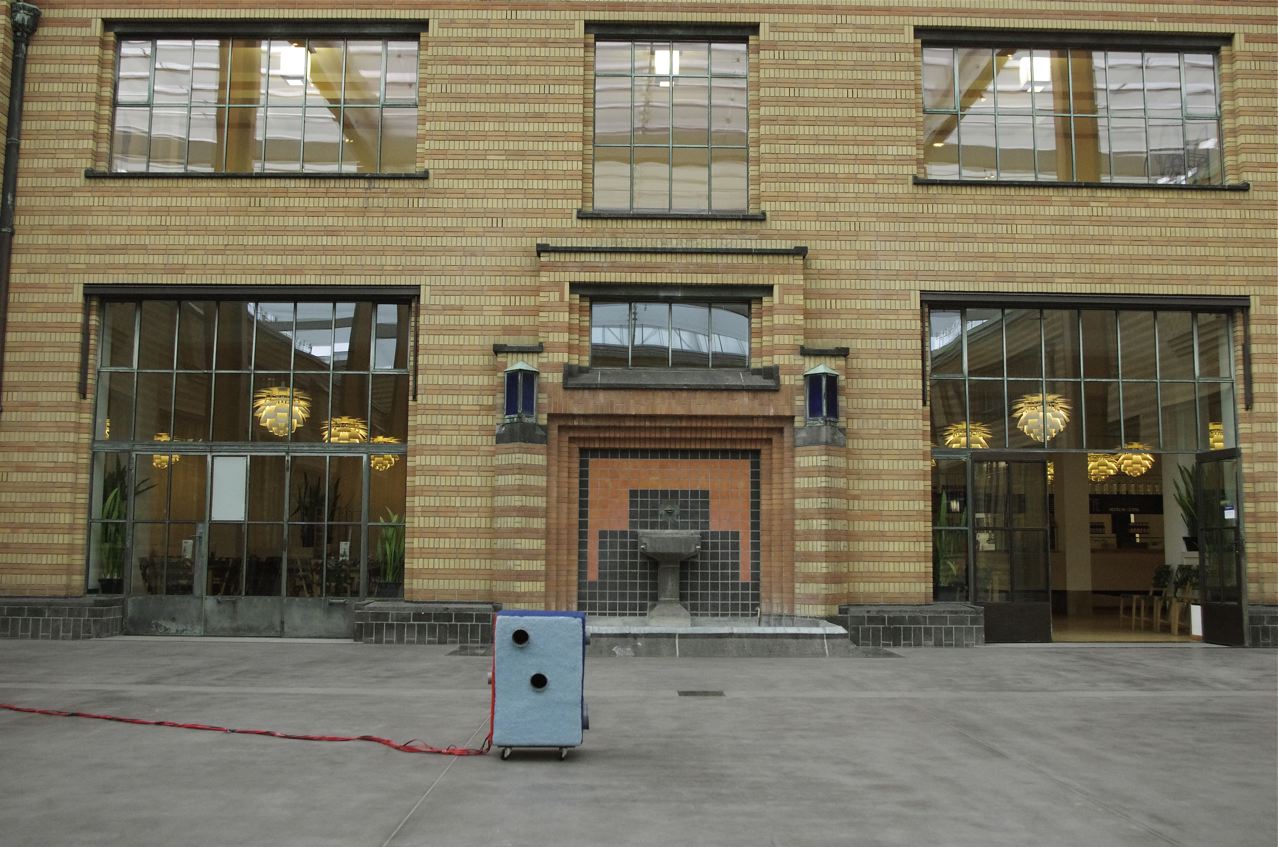 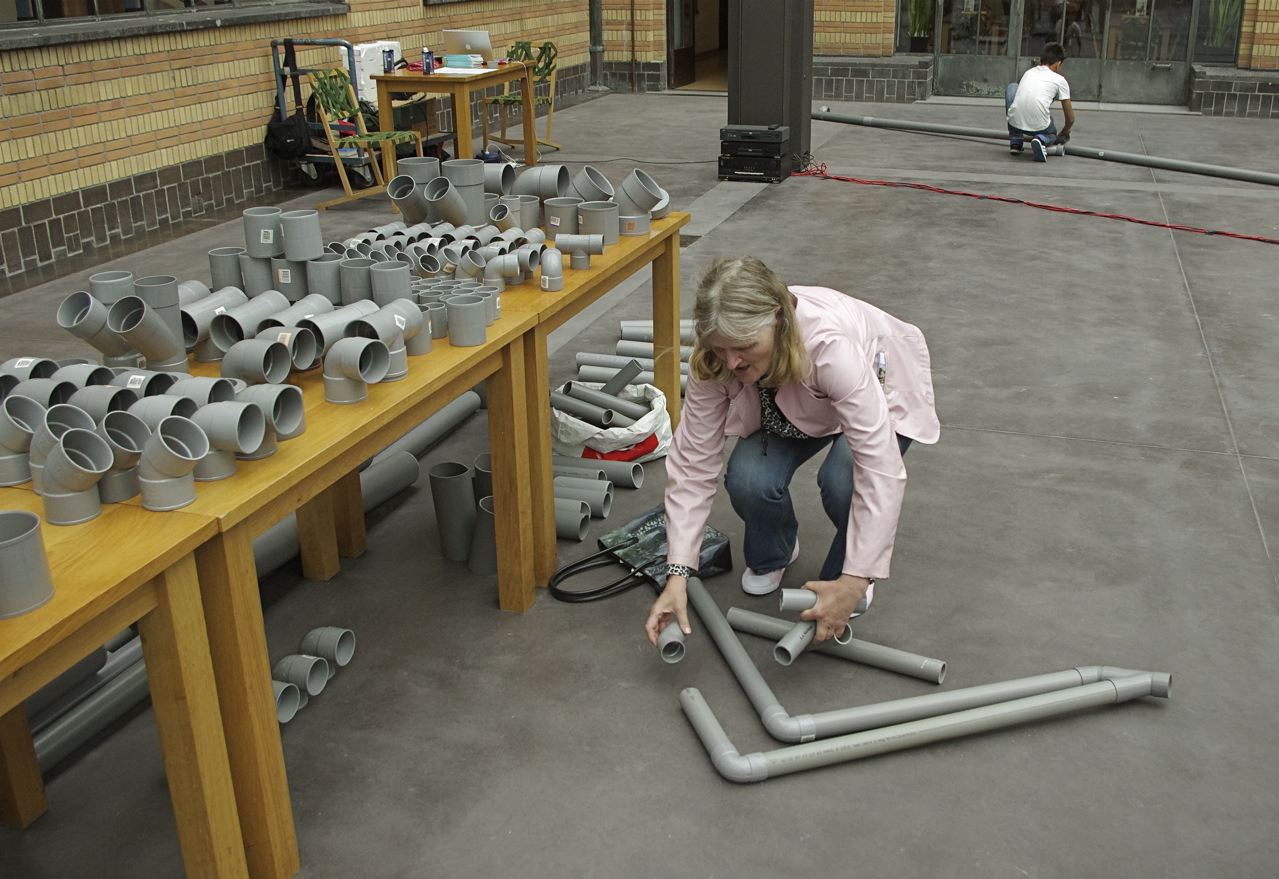 searching and trying the right tubes to connect 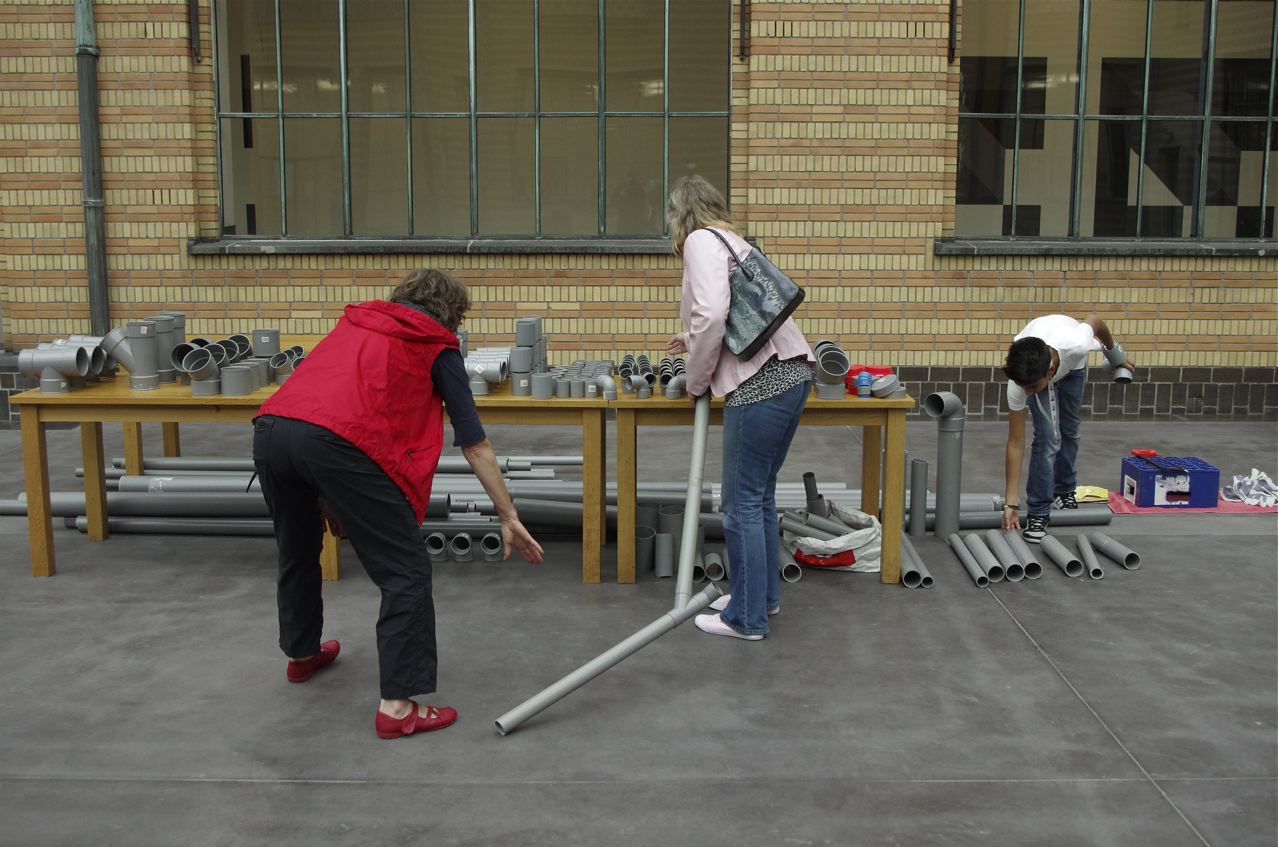 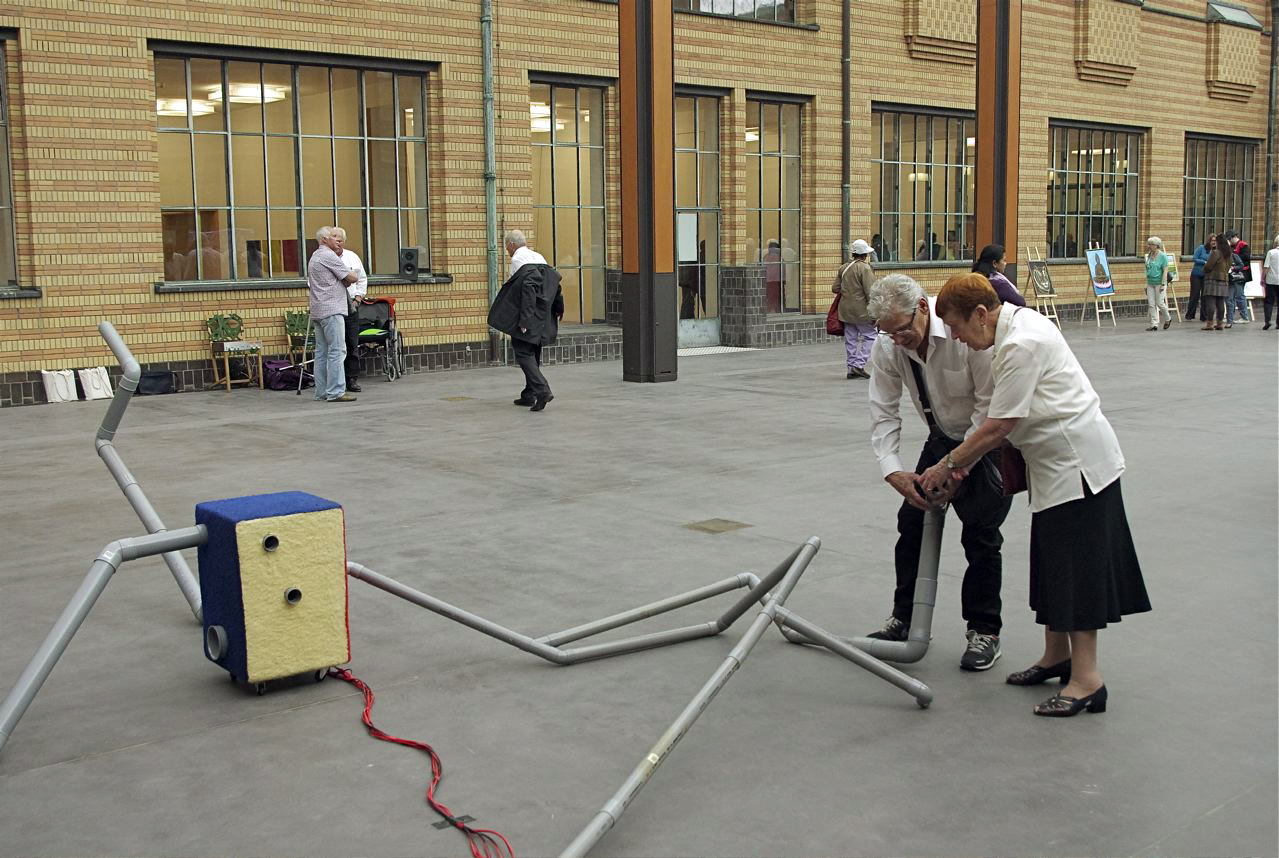 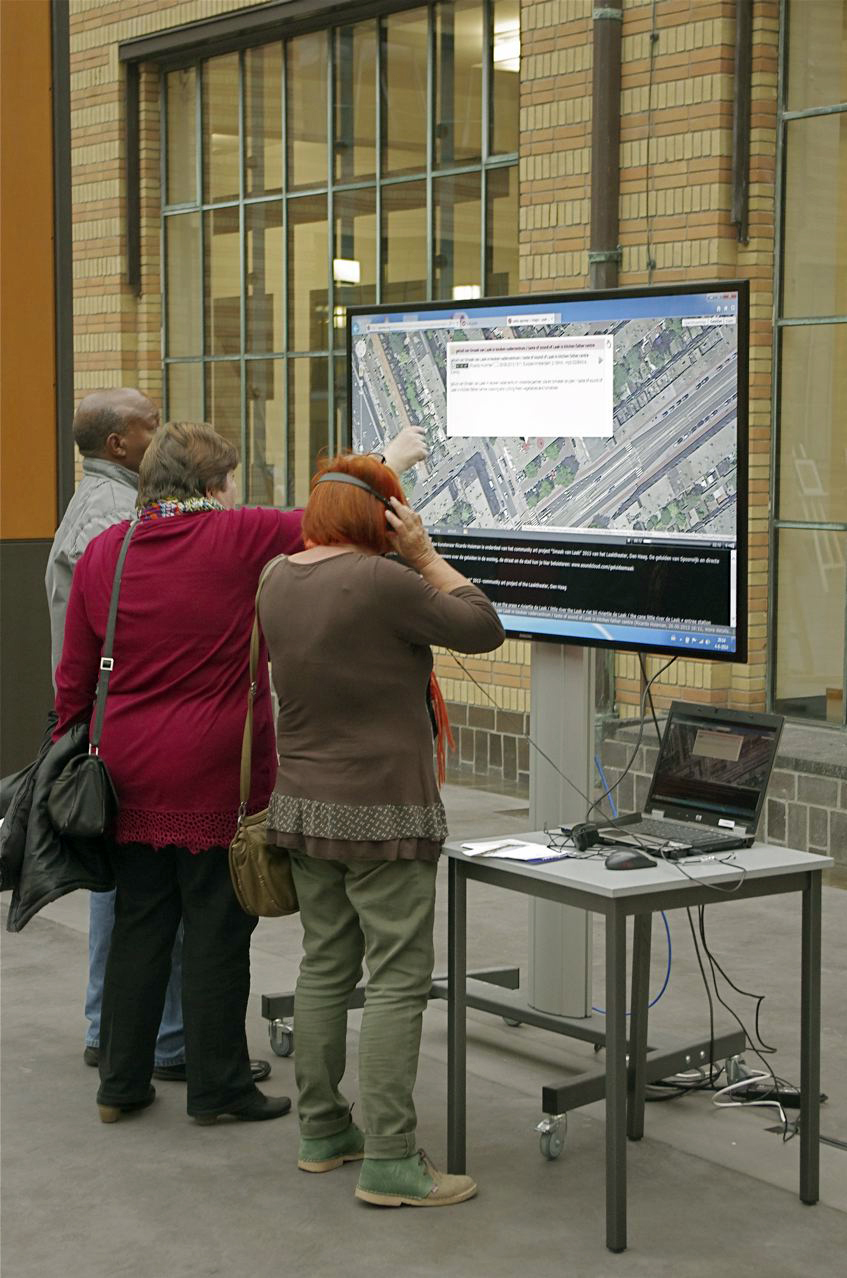 “this is near the street where I live, listen to the soundscape” 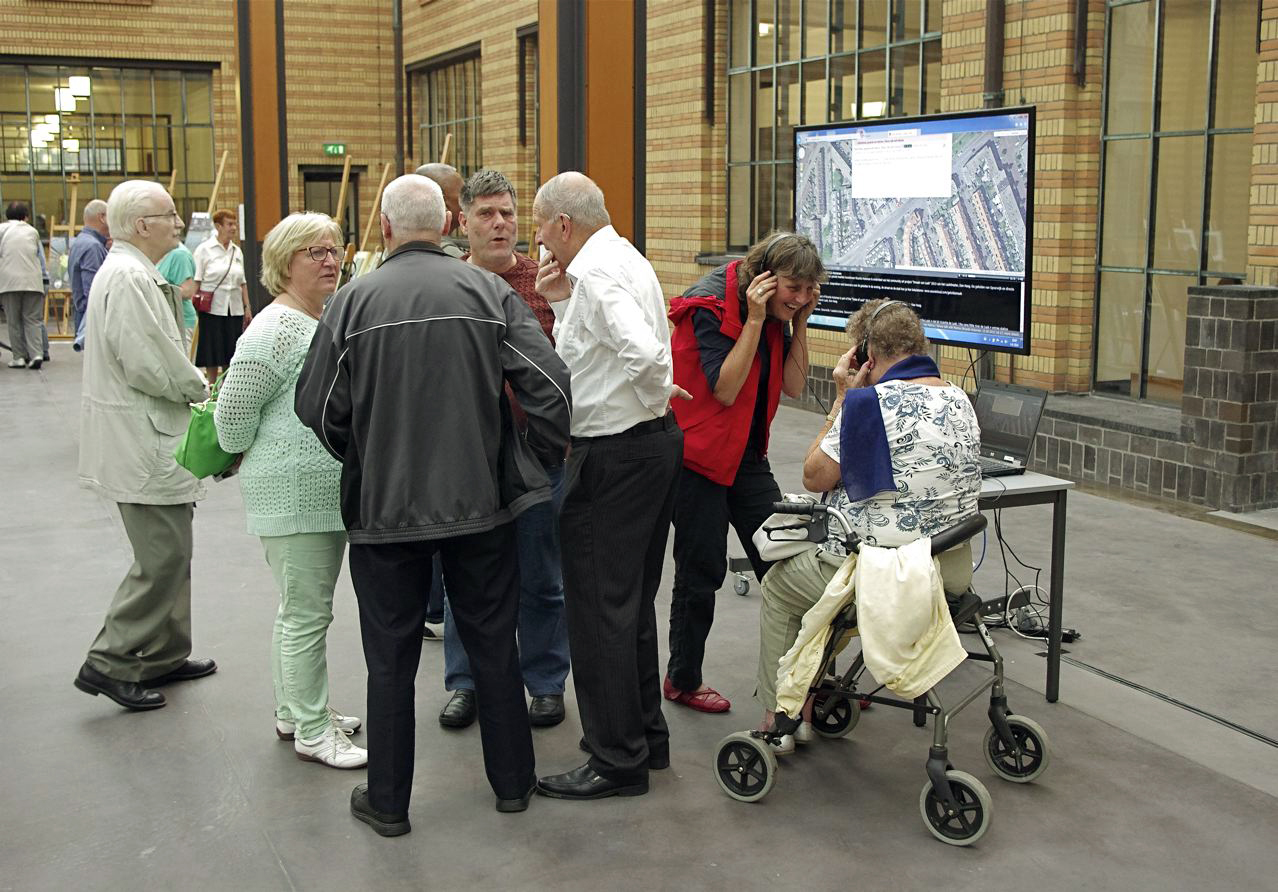 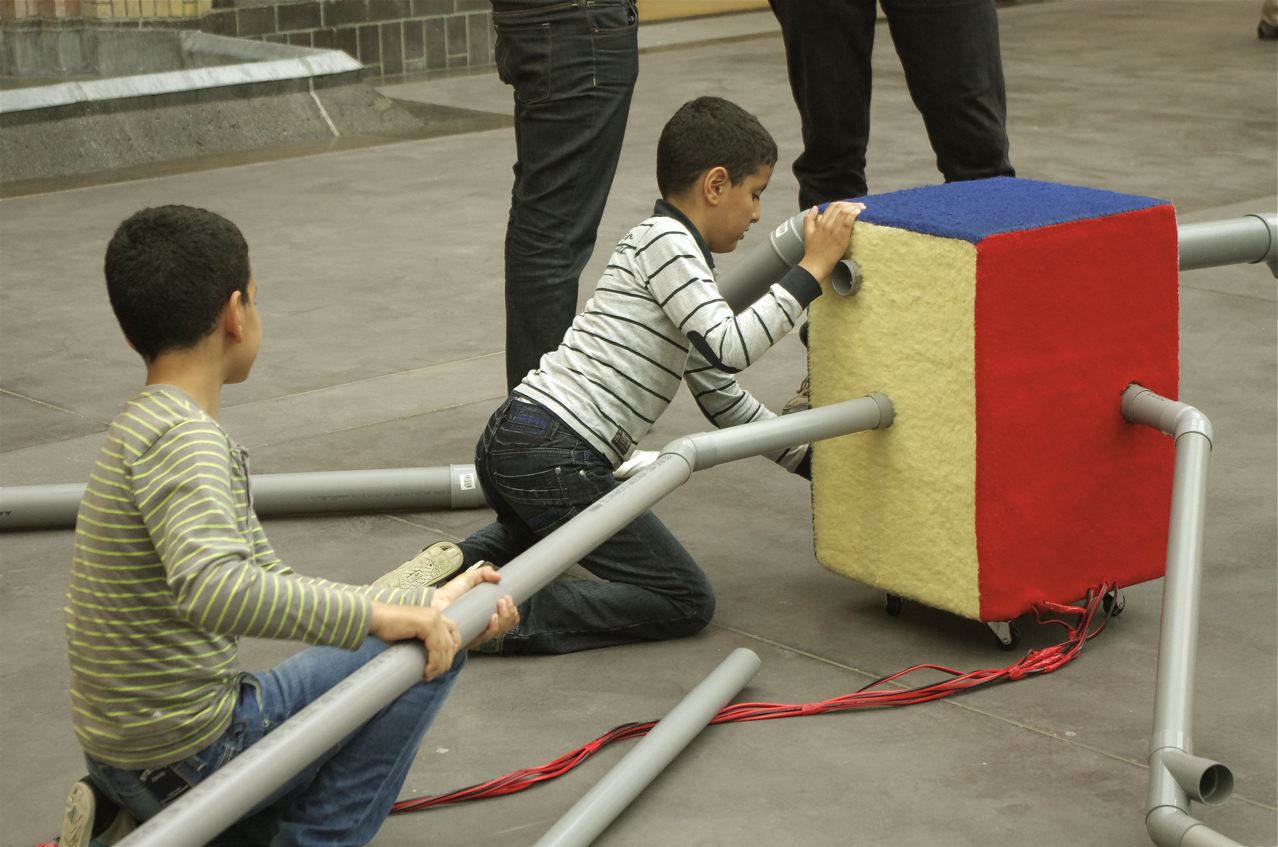 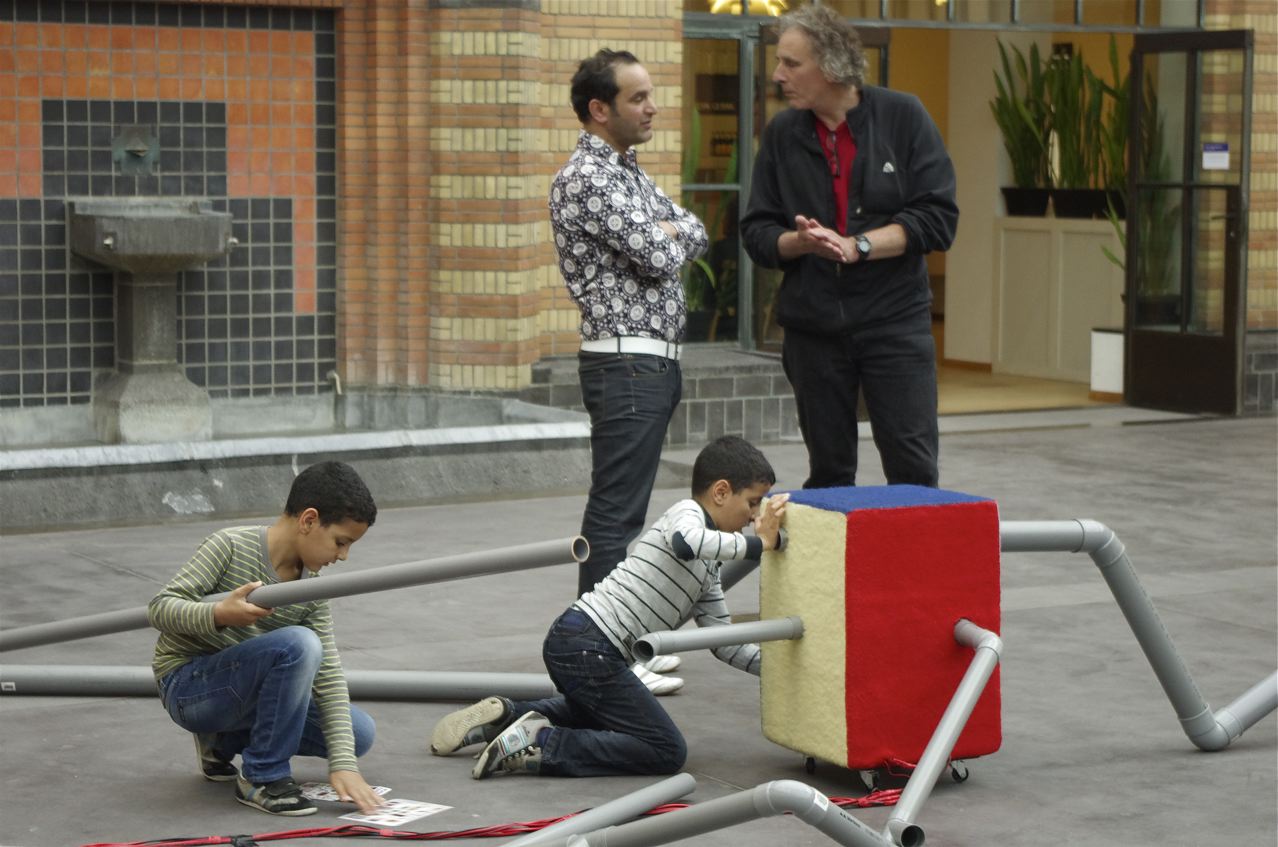 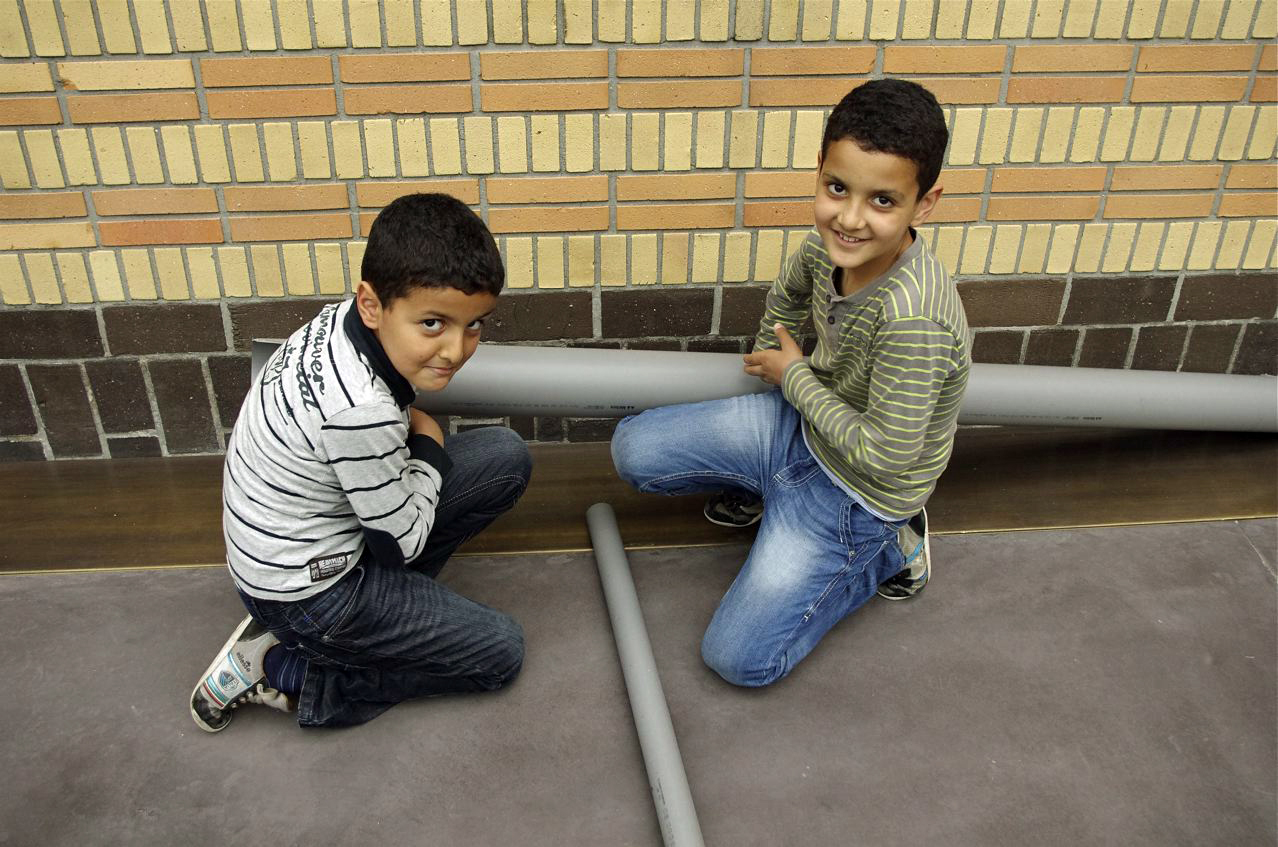 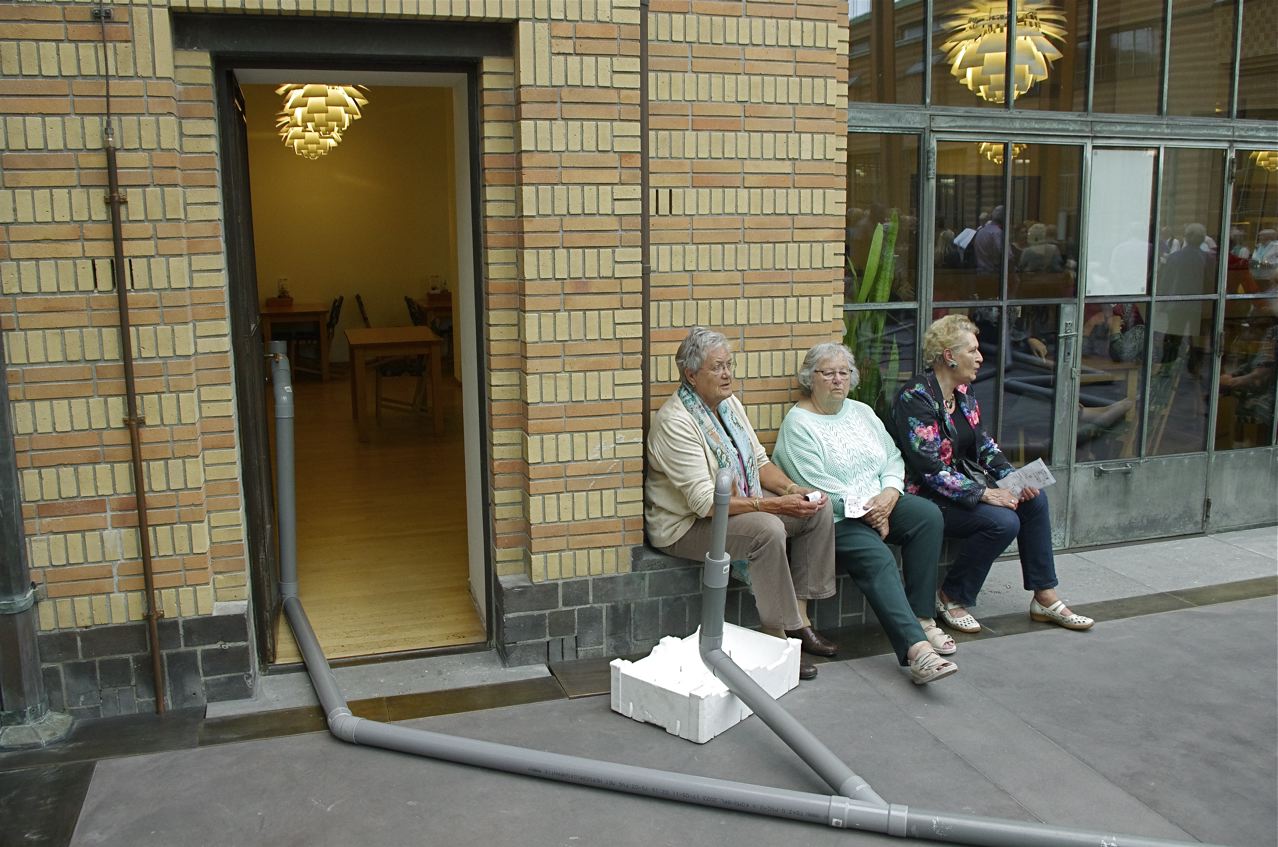 into the restaurant and a nice listening spot 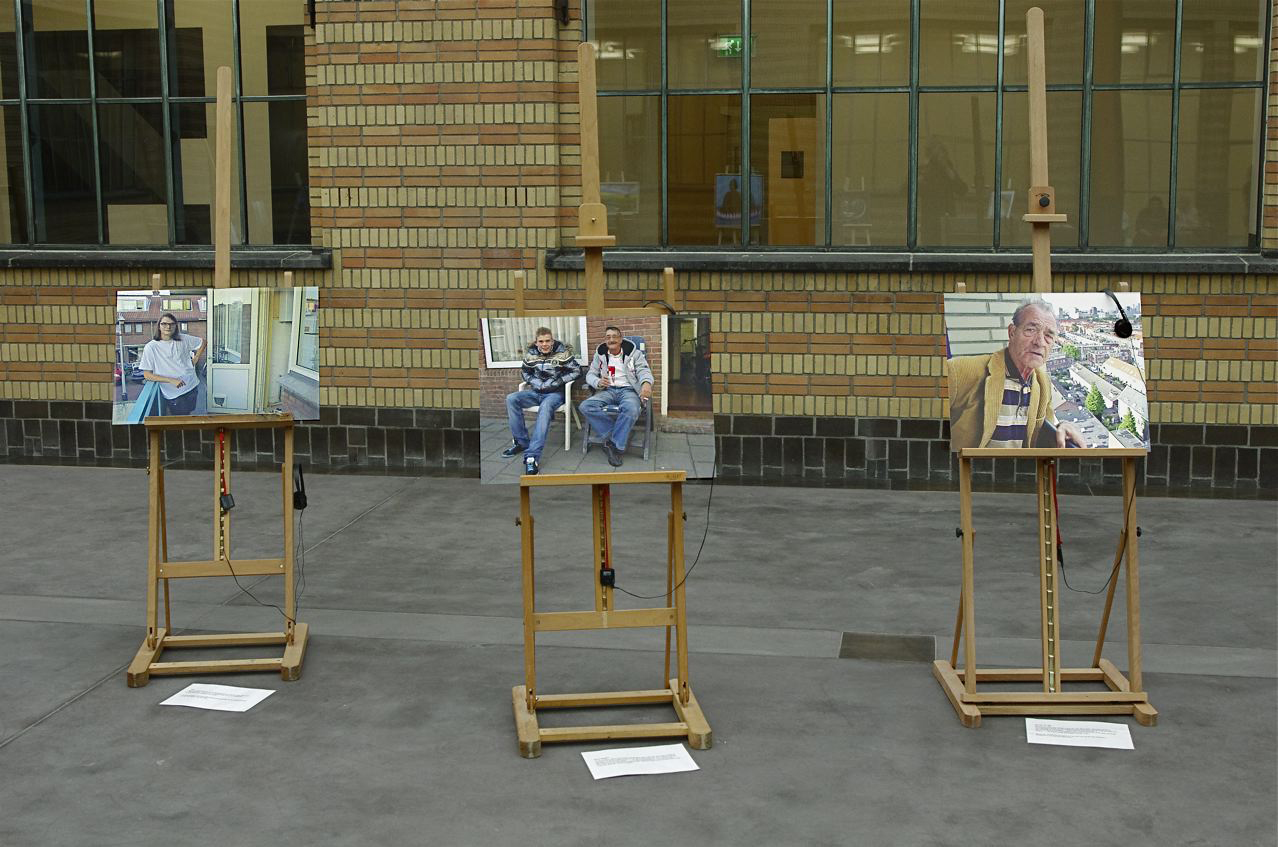 portraits of inhabitant of the Laak district; listen to the sounds and stories of their home and their street with the headphone 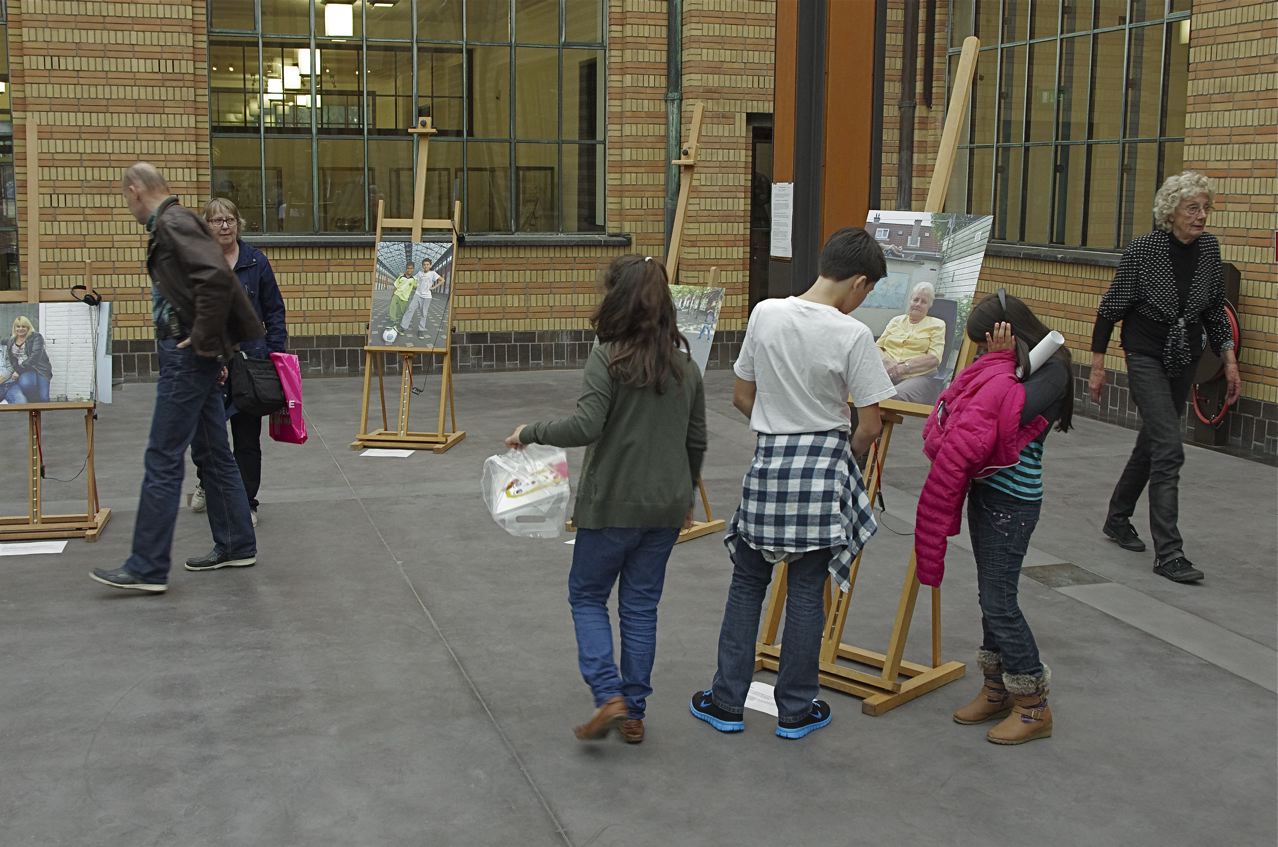 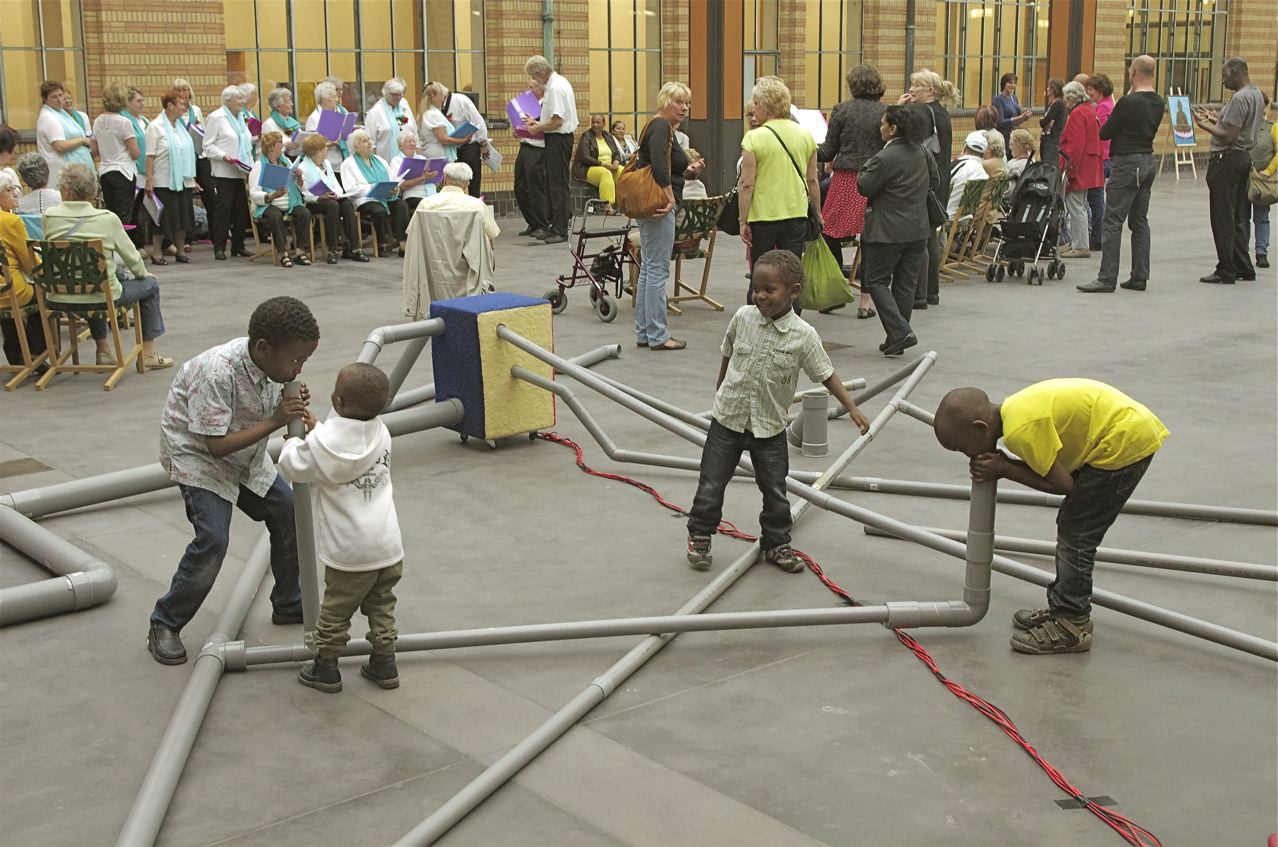 children having fun using their own voice adding to the soundscapes 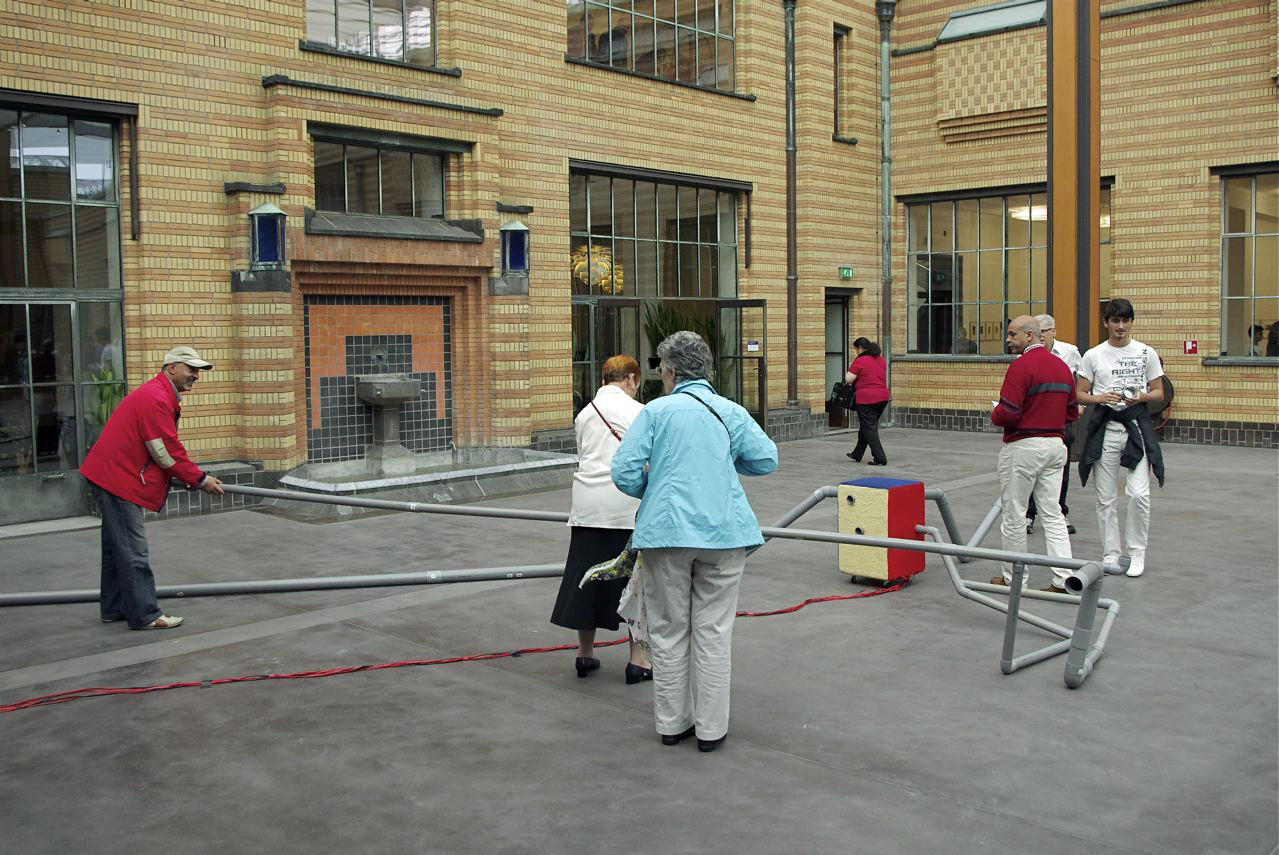 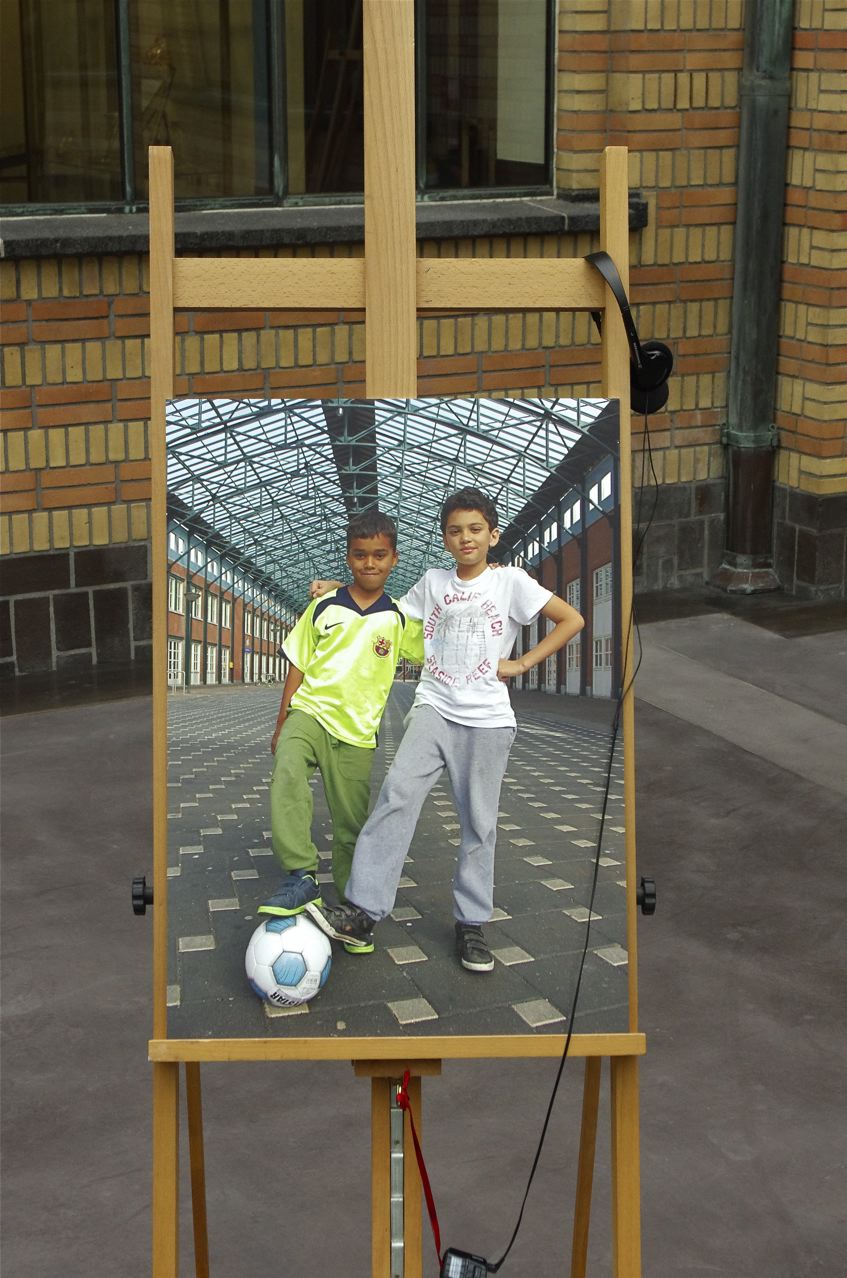 did you listen to Karim and Jason about the sounds in the Thijssestraat? Or the other inhabitants …   listen Here! 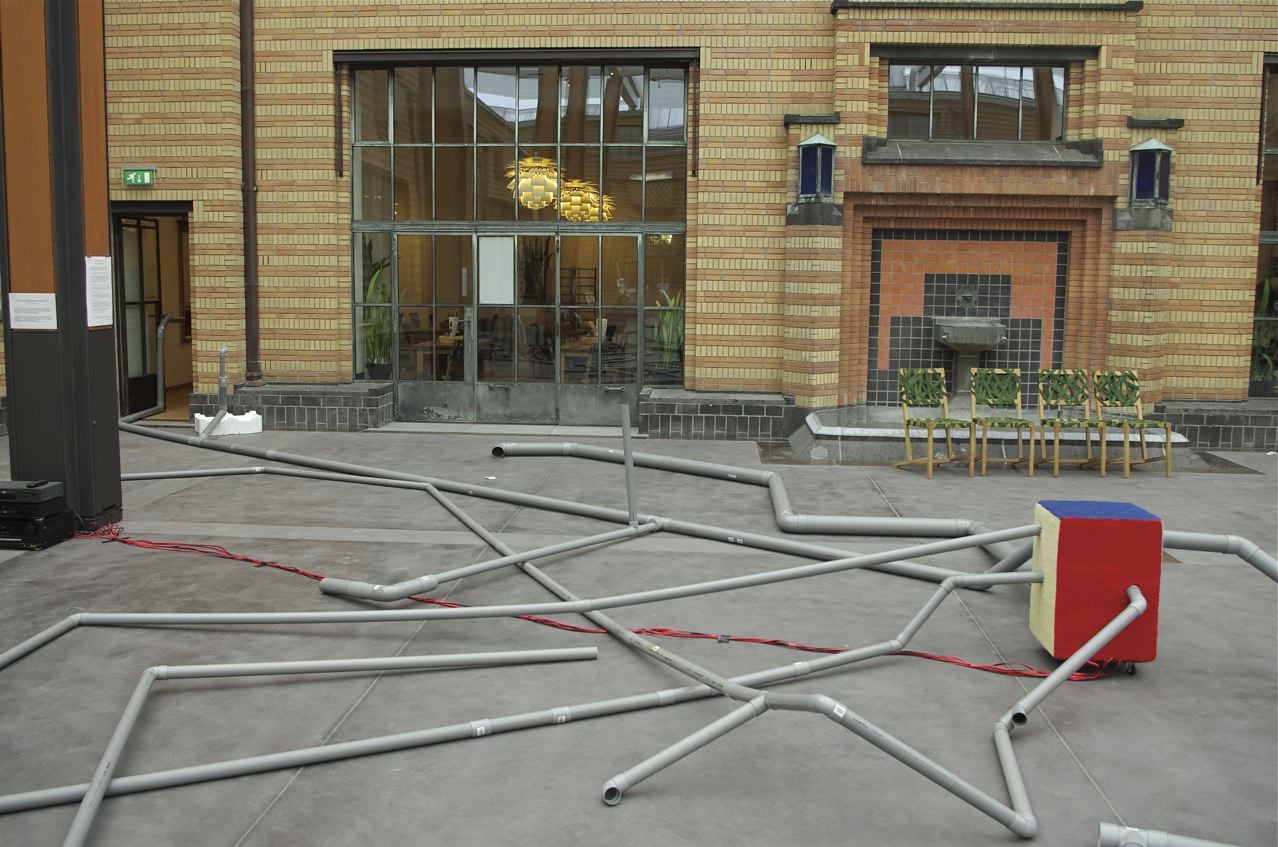 With thanks to the  Art Museum The Hague  and the Laak theater.