2008  During the “Poetry in the Park” festival, Amsterdam Wereld Boeken Stad, there was poetry bubbling out of the Oracle: my own sound tube poem: “Brak” combined with live oracle poetry.

After the festival I asked poets from the Amsterdam North district  (with help of Floor Buschenhenke ) for their poetry about the park and Amsterdam North. It was the start of the Oracle Poetry project.

A selection of the oracle poetry compositions was published in the Dutch art and literature-web-zine: “blue turns grey”.

You could listen to poetry soundscapes of  Joost Baars, Thomas Möhlmann and Wilma van de Akker. 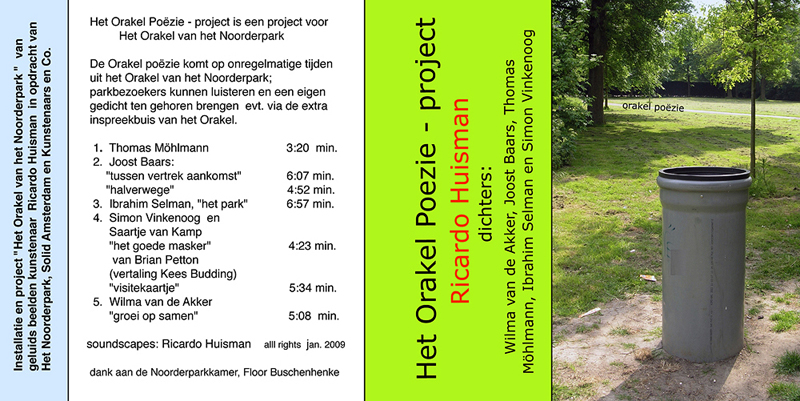