2004, 2005  During the building of the new Music Building at the IJ in the harbours of Amsterdam  I did  a lot of soundwalks through the transforming new building and building site  (from feb. 2004 – jan. 2005)  rendering binaural soundscape recordings  of the slowly enclosing Music building with its spaces for practise, performance, presentation, corridors, atrium, offices and auditorium. Taking pictures of the of the continual changing building site with the equipment and “residual installations” of the builders as “silent”  still lifes. 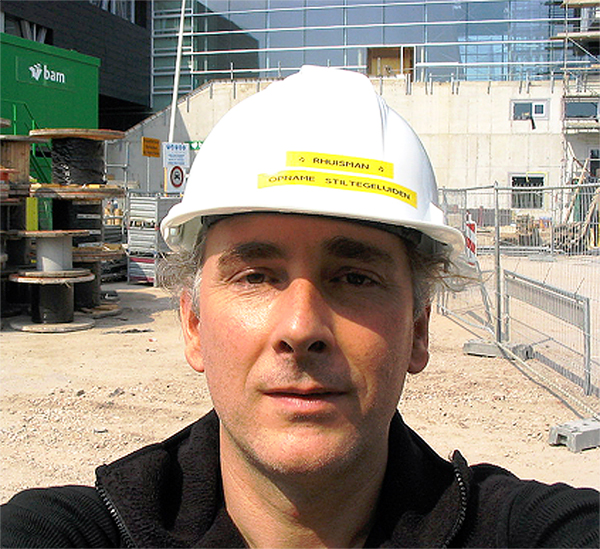 2005  The soundscape composition “sonore” (building ambience) together with soundscapes of other CEM members was presented in ARCAM (Architecture Centre Amsterdam).

2005  The soundscape composition “timeshift” (building ambience) as sound image walk for the public atrium of the new Music Building, together with a booklet of pictures made during the building of the atrium. (proposal) After the official opening of the Music Building the public can do a sound image walk: while looking to the pictures and listening to the composition with half open headphones (to create a mixture of the real and composed soundscape) ;stepping back in time and experiencing different kinds of  building musicality. 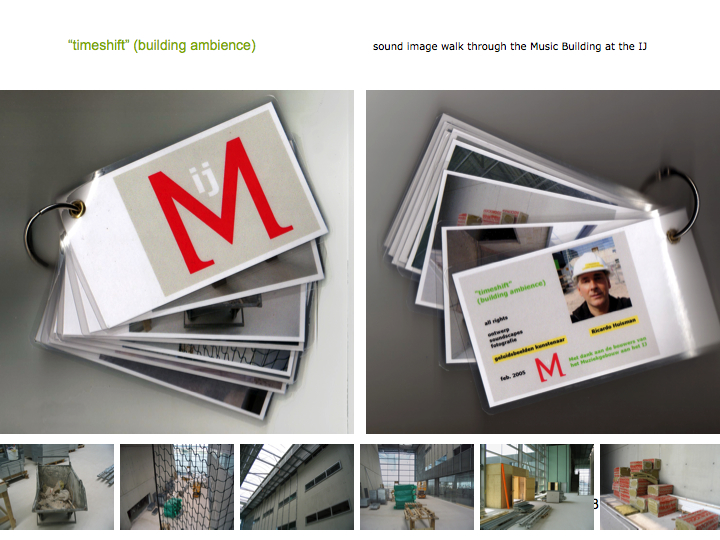